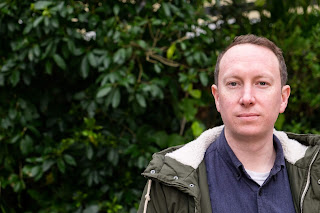 Craig Cliff is the author of the novels Nailing Down the Saint and The Mannequin Makers, and the story collection A Man Melting, which won the 2011 Commonwealth Writers’ Prize for Best First Book. In addition to fiction, Craig has published poetry, essays and reviews, been a newspaper columnist and judged poetry and short story competitions. His work has been translated into German, Spanish and Romanian and he participated in the University of Iowa’s International Writers Program in 2013. He was Robert Burns Fellow at the University of Otago in 2017 and returned to Dunedin in 2021 to live full-time.

What are you working on at the moment?

Well, I just finished my second novel (Nailing Down the Saint), that comes out in NZ and Australia in August 2019. I'm not the kind of person who can go straight from one big undertaking to another, so I'll be writing short stories and enjoying life for at least a couple of months.

Your last novel came out in New Zealand in 2013. What gives?
I remember getting comments back from my editor for The Mannequin Makers while my wife was in labour with our first child, so it’s very easy for me to measure the time it has taken to finish this next book. Time enough for that baby to grow past my hip, begin school and start writing Shimmer and Shine fan fiction.
My son joined the family in 2015.
Until 2017, I was working full-time to help support the family.

Is it your dream to be a full-time writer?

That depends. I loved my time in Dunedin in 2017 as the Robert Burns Fellow, which meant I could write full-time, though there was no end of interesting distractions. But when the residency ended I still had bills to pay, mouths to feed.
I actually enjoy my other life in the bowels of the bureaucracy (I work for the New Zealand Ministry of Education). I think I'm good at it. It's nice to use a different part of my brain, to collaborate on projects and deal with other people (and harvest their lives for material for my fiction, muahahaha), to have a beer on Friday and toast a good week's work. You don't really get that as a writer.
I've made the choice to live in New Zealand, have a family and a mortgage and be a writer. I can have it all, just not all at once or all the time.

You attended the International Institute of Modern Letters MA programme back in 2006. Is that when you wrote the stories in A Man Melting?

No. I actually tried to write a novel that year — a great experience but I think it was a mistake to try and write a novel from go to whoa in eight months. Too many decisions were made for the sake of expedience that then became so integral to the fabric of the novel that it was beyond fixing (though I spent another year trying!). The manuscript now sits in my bottom drawer along with the novel I tried to write when I was twenty-one.

When did you turn your attention to short fiction?

I've always written short fiction. It's a natural progression to start with the shorter form and work your way up to the longer, if that's your goal. I mostly read novels when I was younger (Douglas Coupland, Kurt Vonnegut, Chuck Palahniuk), so that's what I grew up wanting to write. Tastes change, of course, and eventually I found an appreciation for subtlety (though I still love me some Vonnegut). After finishing my MA, I really wanted to keep writing, but didn't have the reserves of energy needed to start another novel. So I returned to short fiction.

The first two stories I wrote after doing my MA were 'Copies' (which has since been included in three anthologies) and 'Another Language' (which won the novice section of the 2007 BNZ Katherine Mansfield Awards). Something just clicked.

In 2008, while living in Edinburgh, I tried to write one million words in 366 days (it was a leap year). I only wrote 800,737 words, but it was a very successful failure. Almost every story in A Man Melting was written or revised during that year.

Your novel, The Mannequin Makers, is quite different to your short stories. For one, it's historical. Was it a deliberate choice to go in a different direction?

Yes and no. After finishing the stories in A Man Melting, I started working on a novel that took a character from one of these stories and spent more time with him. I plugged away at this project for quite a while, but always seemed to get bogged down. The novel was set in the present and focused on a dude about my age, with experiences not dissimilar to mine.

When I finally gave up on this novel, I decided that the next thing I worked on would either be set in the past or the future. The future seemed too easy - I could just make things up - and I thought doing research would help me feel like a proper writer. So I chose to focus on two ideas that I'd been kicking around for a while that needed to take place in the past and devote the next two or three years to them.

Having said this, I don't think The Mannequin Makers is a million miles away from my short stories. I was on a panel discussion at a writers festival once about 'Finding the extraordinary in the ordinary'. I do that a little bit (like in my story 'Evolution, Eh?'), but more often I think I'm finding the ordinary in the extraordinary. In a story like 'The Skeptic's Kid', the extraordinary (extinct animals begin reappearing all around the world) is there front and centre, but the story is more concerned about the relationship of the young narrator and his mother. Same goes with The Mannequin Makers, which could be described as high concept - a window dresser raises his children to be living mannequins - but is secretly (not-so-secretly, now) more interested in what it's like to stand very still for a long time.

Links
The Quest for a Million Words - the record of a year spent writing like stink.
This Fluid Thrill - My blog, where you can catch my thoughts about writing, reading and whatever else passes my field of vision.
Craig Cliff on The Academy of New Zealand Literature's website